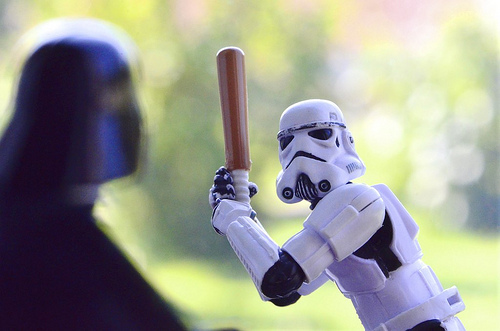 Some of the most successful tech startups of the last few years aren’t really tech startups. They’re from a new class of companies that don’t create innovative technology. Companies like Fab, Airbnb, Sidetour and Yipit use innovative business models backed by existing technology as their competitive advantage. These companies have an entirely new set of challenges that are often very different from a tech-heavy company.

Traditional tech companies are all about product and engineering: pack as many engineers and designers (and the occasional sales guy) in a room and give them some Red Bull. On the other hand, tech-enabled companies innovate at the core business. Skillshare is all about teachers, Fab is all about designers, Etsy is all about the sellers.

As technology becomes more accessible and easier to harness we start to see businesses based on off the-shelf tools. While we treat these companies like tech startups, companies like Mailbox and Evernote’s core value lies in their technology and design, the tech that delivers emails and syncs notes. Airbnb’s value isn’t in the tech, it’s in their extensive network of hosts. We’re in the middle of a second software revolution, the core pieces are easier to build than ever because of the groundwork laid by the last two decades of the internet. As a result, a new breed of entrepreneurs can tackle interesting businesses in the real world.

One of the biggest advantage of tech-enabled companies is that they’re much easier for non-technical people to start. Vin from Yipit, Vipin from Sidetour both had no idea how to code when they started out. They were able to hack together a prototype and get off the ground. When the core value isn’t technical, it doesn’t matter how much you know about tech, it matters how well you understand your market and your users.

These types of companies are also easier to test. Put up a landing page and see if people are interested. Do the stuff you’ll have a computer do down the road by hand. Adii wrote an awesome post on this last week. While you’re testing it, don’t fall into the Techcrunch / VC hype bubble. A big portion of this stuff is about building tech-heavy businesses. With a tech-enabled business you win by listening to your users and the market you’re playing in instead of getting caught up in what other (very different) companies are up to.

These companies are shoehorned into the tech company VC model but, often times, they don’t neccesarily need to play the same game as tech-heavy companies. The startup costs of a tech-enabled companies are often much lower, non-engineering employees are cheaper. Plus, these don’t need to be land grabs, there’s a whole class of tech companies that can exist as sustainable businesses with real users and revenue. It’s time to build sustainable real world businesses that take advantage of the internet…

The time is now, starting is easy. Do it today!

A few months ago I tried to start blogging and failed miserably. I was stuck, I didn’t know what to write about, and I wasn’t confident in my writing. I needed help. Then last month I had an idea, what if I got help from people I... Continue →